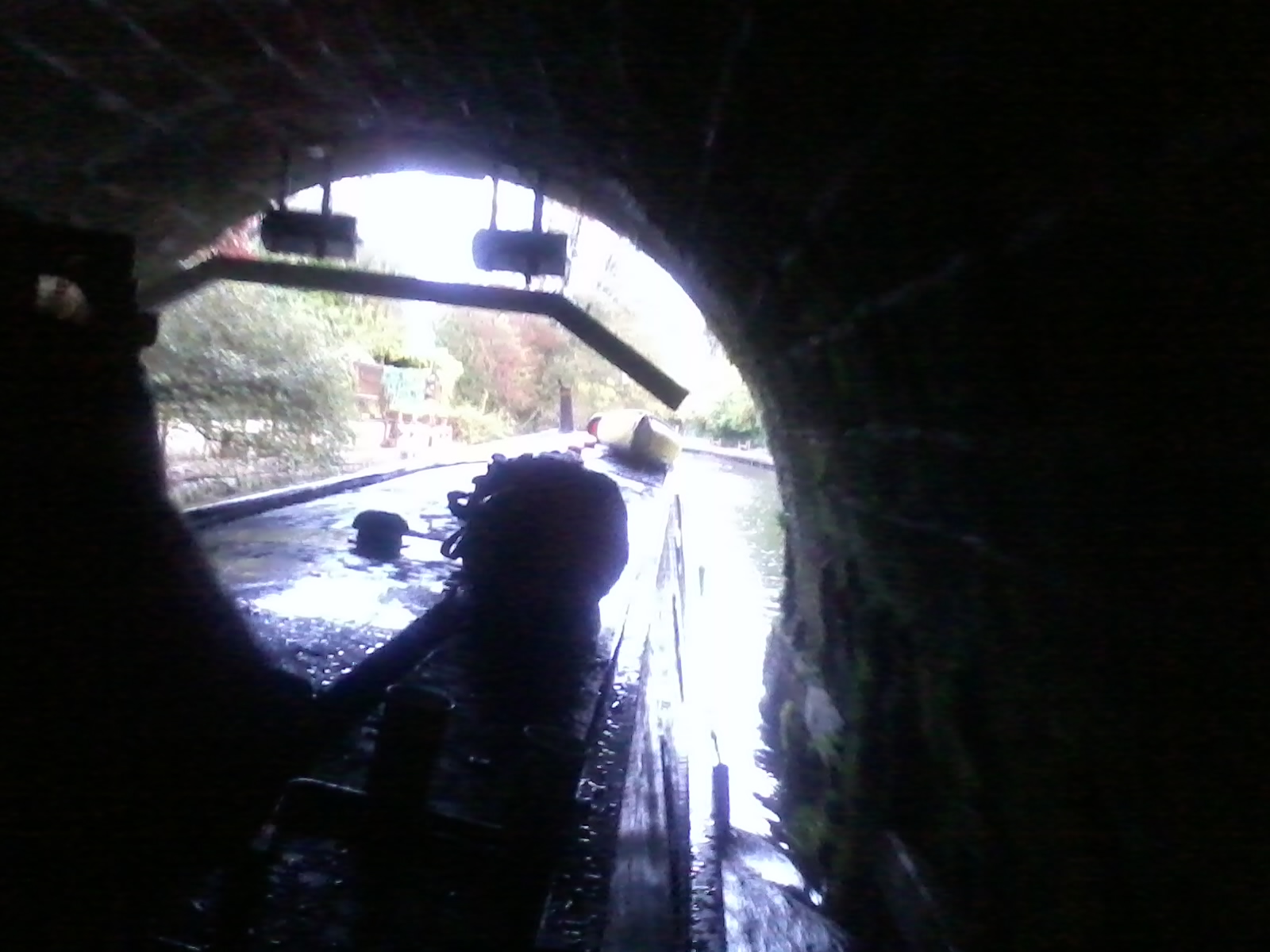 Those days when the most happens get the shortest posts. It's obvious really. One can't be in two places at once. Not doing stuff and jotting it all down. But one tries.

I woke in my borrowed tent in Burnley on the fairly bleak derelict wharf before dawn. It was pouring rain. As it had poured all night. (By the way, who is this 'it' who pours rain? Just a wondering thought). So I lay there and listened to the rain, snug in the tent, and listened to the shipping forecast and then the weather forecast. And then listened to the rain some more. It was nearly nine before it (the rain, in this case, not the mysterious 'it' that does the pouring of rain), ceased. I was ready to go. Packed, launched and on the water in minutes, and paddling onto and up the famed Burnley Embankment, nearly a mile of straight canal running high above the town on causeways and aqueducts.

The sun was out and i was storming along. It was time to do some miles as I was aware that meeting people, and being slowed by head winds and being too easily distracted had slowed me down over the past days and I was keen to catch up. I was also keen to get over the Pennines. The watershed was only a few miles - say around ten - ahead of me and then I would be going downhill (as much as canal water ever 'goes' anywhere) and I'd have crossed the Pennines. Also, I wanted to meet the heritage boat, Kennet, and its accompanying flotilla' all of which were heading the opposite way to me, and celebrating the bicentennial of the Leeds and Liverpool Canal as they went (www.llcs.org.uk/html/kennet_project.html).

My spirits were just a trifle dampened by another change in the weather and a return to heavy rain, making it easy stop for breakfast at the Kingfisher Cafe at the Reedley Marina. No breakfast, as such, they said, but they could do me a sausage sandwich. This sounded a bit meagre for a chap burning up calories in paddling and staying warm. I needn't have worried. The resulting 'sandwich' was huge; like something that Desperate Dan might have been served in the Beano, and seemingly made with the better part of a string of bangers. "That's a working man's butty," they told me. It was, and was enough to send me happily off into the rain again.

At Nelson, as the rain poured down heavier than ever, i 'ahoy-ed' the Selina Cooper, the butty (there must be a connection? Large sandwich; engineless boat? Maybe not? But hang on, there's those submarine, sub, sandwiches the Americans are keen on). The Selina Cooper, named after the local activist for improved conditions in the 19th century mills and factories is, like Stephen Turner's Egg, part of the Super Slow Way, and a project created by Cis O'Boyle and Rachel Anderson. (www.superslowway.org.uk/projects/idle-women). Ahoy! i went, wondering if that was correct canal protocol rather than sending a text or telephoning. Anyway, a head - Rachel's - popped out of the water-side door of the next door narrowboat for a damp conversation as I bobbed beside her in the kayak. Canal songs, the weather, touring plans, the weather, the canal's bicentennial projects, the weather, the women's groups and artists who used the Selina Cooper as a meeting and work space, the nature of flotsam and much else, till I realised that whilst I was already damp, Rachel hadn't been but was now getting soaked.

I un-ahoyed and pushed on. I'd hoped to meet the flotilla around Barrowford Locks but with breakfast and conversation time had passed and I'd only gone a few miles when I met three paddlers in two Canadian canoes and a play boat who were the forerunners of the heritage armada behind them by a few miles. Andy, Noddy and Steve knew the canal well from the water and I questioned them for local knowledge and then got to chatting about my kayak and how well it was performing.

Half an hour later, three Asian youngsters with beat box, unsuitable shoes and inadequate (for the weather) Gothy clothes who'd been walking beside and chatting to me on and from the tow path for a mile or so suddenly began miming a scenario in which I was going to be run down by a Titanic-sized ship. Allowing for some exaggeration they were right: from their vantage point they could see ahead around a blind bend in the canal to where The Kennet was pounding towards me. The Kennet is a 1947-built, cargo carrying 'short boat.' At 62 feet in length, 'short' is relative and refers to the maximum dimensions allowing use of the locks on the Leeds and Liverpool canal. Her beam is in proportion and all 14 feet of her width were bearing down on me as she thundered - more the deep pounding of her engine than actual speed - round the bend and under the bridge. I pulled aside and then followed in its wake for a while, its huge thudding Lister diesel driving it along at a fair rate. Turning eastwards again i met the rest of the flotilla coming down the seven locks at Barrowford. I put the kayak up on its wheels and passed them all at walking pace which is far faster than locking speed.

Canal and River Trust seasonal lock keepers were out in force, nearly at the end of the 'seasonal' period of their employ. Seasonal lock keeping is one of those jobs that attracts interesting people. Michael Heathcote and I got talking about hammock camping and canoe trips and wild Scotland, whilst Andy Lowe was a writer who knew places and people in Spain who I knew. Locks are like bars and village blacksmiths in old villages - easy places to hang out in and hear new stories and catch up on local - and not-so-local - news. Locks are also a good place to cadge a lift.

Up ahead was the Foulridge tunnel. Over a mile long and though it can be paddled by canoes and kayaks, just setting off solo into its dark maw is frowned on. Luckily Bill Pennington who was was happy to take the kayak as deck cargo and me as a stowaway. In some ways I regret not having paddled through the tunnel. Despite its length one can see end to end (there must be some tiny bend in the water's surface as it follows the curvature of the earth, I mused), and there are three air shafts leading up to the surface, surprisingly not that far above. Traffic is regulated on a one-way system as there's no room for passing - a ten minute window to enter one way and twenty minutes to complete the trip, totaling half an hour, before the right of way goes to traffic coming the other way. Half an hour is very adequate for paddling just over a mile. But the advantage of not paddling through was having half an hour with Bill and Maria, and the two dogs. So I entered the tunnel, mug of tea in hand, lounging on the rear deck chatting about diving (Bill had been a keen wreck diver) and why autumn is one of the best times to go boating or kayaking on the canals. I disembarked at the other end of the tunnel, relaunched, and paddled into Yorkshire.

At dark I pulled out at the Anchor for fish and chips and a pint and a catch up on the blog and poring over the Nicholson's maps and warming up. I relaunched around ten and paddled onto in the night. As always there was a magic in the darkness, the sky reflected in the water as a light track to follow, passing moored boats with their curtained windows glowing with the blue light of televisions. If I was a nicer, kinder person I'd have been hammering on their hulls shouting 'forget the box for a few minutes and come up on deck and look at the moon and clouds and the canal and listen to the owls -little owls and tawny owls - and watch the swans ghosting along.' But I'm not a nicer, kinder person and was enjoying having the night to myself. I'd fallen into that state of mind where paddling was easy and kept me warm as the temperature dropped. I could have gone on for ever. But obviously didn't. 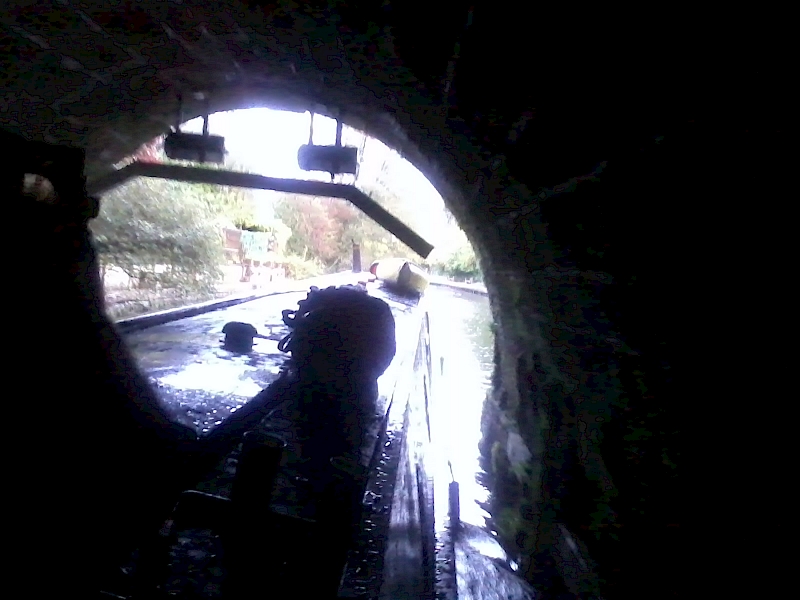 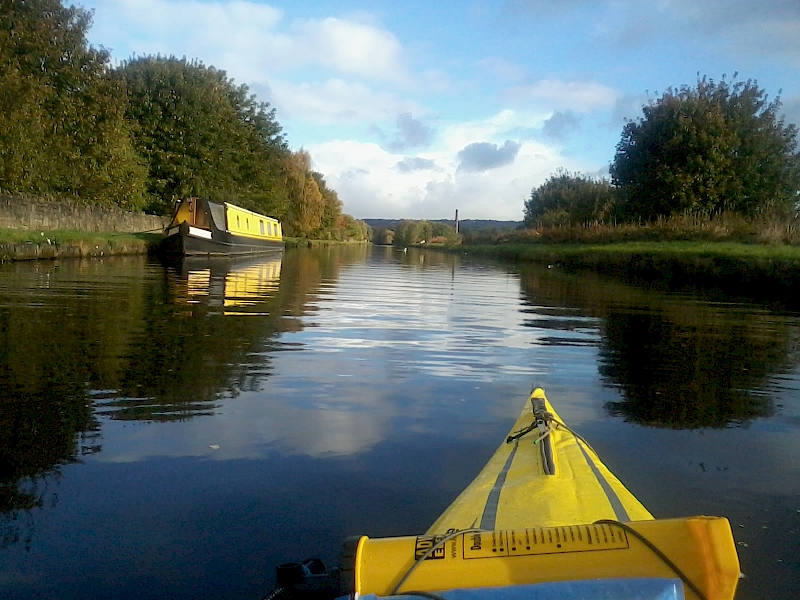 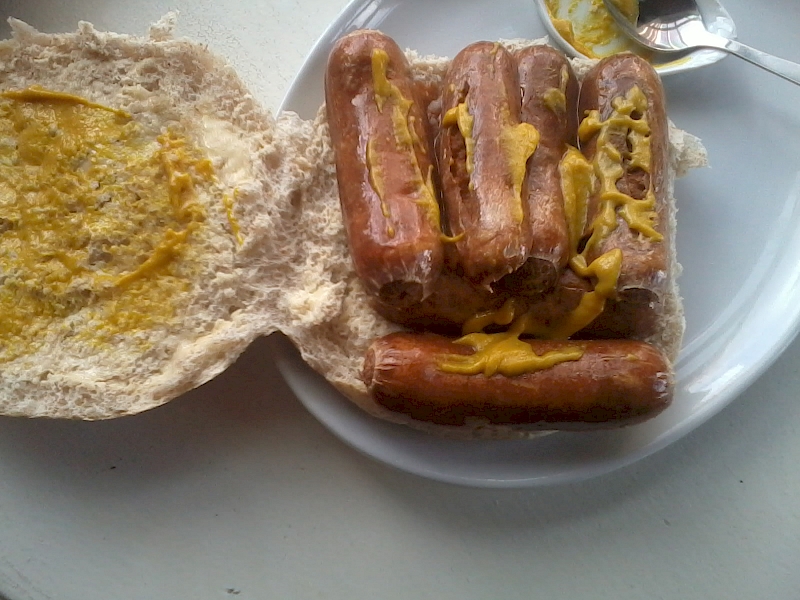